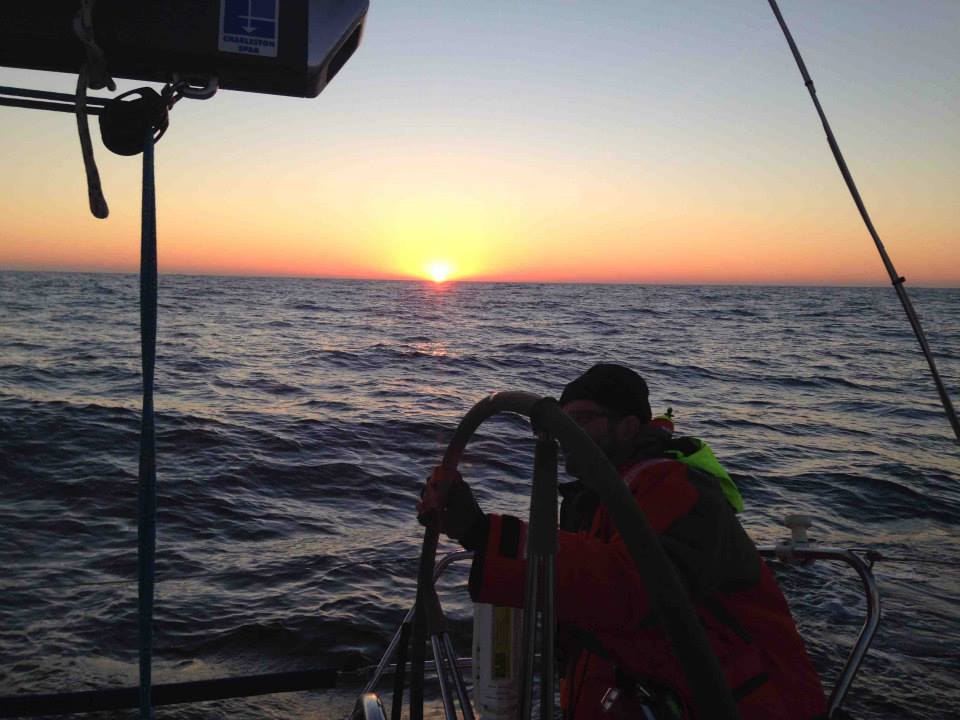 This blog post is a little unusual: I wrote this text about our latest Blue Water Series race for the Balmain Sailing Club’s website so it’s a little different from my other blog entries, a little less personal perhaps (suffice it to say that I haven’t used the personal pronoun “I” once). Our good position in the final results is partially due to luck and favourable weather conditions; then again some of our prior failures (such as our results in the Southport race) could also be at least partially attributed to unlucky circumstances. This race was more enjoyable for me personally than the two previous long offshore races for a number of reasons, despite sleep deprivation whose effects I can still feel three days after reaching the finish line. One of the reasons is that one magic day when we surfed the waves from dawn till dusk, our big red spinnaker filling up with a gentle breeze.

The original story is here.

What do we know about “Bear Necessity”? The boat used to sail out of Middle Harbour and belonged to Andrew “the Bear” (hence the name). In 2014 the C&C 115 was sold to BSC’s own John Blair and despite his decision not to change the name to “Blair Necessity”, it is still very much a Balmain boat these days. The crew includes two former commodores of the club, its racing director and fairly active volunteers (including a former treasurer and a website captain). Rumours have it that during long offshores the crew might or might not entertain the thought of creating “Balmain Sailing Club: the Musical”.

Newcastle – Bass Island Race is the third race in the Blue Water Series organised by Cruising Yacht Club of Australia. It started at 7pm on Friday the 3d of October. There was some kind of commotion at the start line but Bear Necessity wasn’t part of it. One of the smaller boats in the 20 boat fleet, she moved out of the harbour with ease and grace. There was a long beat up the coast to Newcastle ahead of her.

The night was relatively light, and the water gleamed like metal where the moonlight touched it. The wind was gentle. The crew sat on the rail, armed with PFDs and PLBs, some of them undoubtedly dreaming of beating “Wild Rose”, the defending champion of the Blue Water series the year before.

After the excitement of the start, the crew settled into having snacks and talking to each other. The off watch went downstairs to sleep, listening to the soft sounds of water around and the occasional snore of fellow crew members. Navigators kept checking the course and the boat kept moving.

“Bear Necessity” turned around upon reaching Newcastle to go downwind all the way to Bass island; the turn was not ideal (too much tacking involved) but the day after was. Saturday was a perfect day for everyone on the boat. It was sunny, the boat surfed the waves reaching the top speed of 13.7 knots and gusts rarely disturbed the kite. The crew, bundled up at night, took of their thermals and enjoyed friendly banter as the off watch slept on the deck.

When the darkness descended, it felt different. The boat had to change the course, moving closer to the wind, and the shy kite started to overpower the boat. At some unfortunate moment the active sheet gave off from the pressure and flew off the winch. The next moment the sheet disconnected from the sail too – and it took efforts of the entire crew to get the sail down, undamaged, and get a jib up. Sober and quiet, the crew sat on the rail once again, sombrely chewing spaghetti bolognaise. Tony, a bowman, received first aid for rope burns on his palm.

After reaching Bass Island, “BN” turned once again to go back to Sydney. The crew on the dreaded 3 to 6 am watch was dreary-eyed and exhausted, yet Dave, the navigator, one of the helmsmen and the main motivator, kept the crew moving from the windward to the leeward side depending on the wind strength. Closer to 6 am the sun suddenly appeared. It wasn’t long to go. As the other watch got up, everyone stayed on deck – nobody wanted to be downstairs for the final rush into the harbour. Eastsail’s “Breakthrough” made it home just a little ahead of “BN”, and “Kraken” became a boat to match race, until finally, the entire crew cheered upon crossing the finish line, and a traditional bottle of rum magically appeared on deck.

“Bear Necessity” came first in division 2 on IRC and ORCi, 3d on PHS. “Wild Rose” finished the race 4 hours after.

A mother, a sailor, a solution engineer View all posts by alenaroo